Muddy Bites is a CPG brand that makes the best part of a sundae cone available in bags for you to snack on. Their delicious bite-sized snacks come in milk, dark, and white chocolate flavors. Based in the Midwest, two friends-turned-co-founders with prior experience in food and ecommerce industries produce these one-of-a-kind products that have gone viral on social media through clever memes and millions of likes on TikTok. The founders of Muddy Bites ate thousands of sundae cones throughout their childhood.

But even if you’ve only had one in your lifetime, you know the best part is the last bite — the chocolate filled end of the waffle cone!

Their flagship product lets you taste that bite over and over again.

So it’s no surprise when they launched a Kickstarter campaign with a goal to raise $10,000, they were funded within 24 hours.

Their first day open for business, they sold tens of thousands of dollars worth of their tasty product.

However, when they launched their store at the end of 2019, they were met with some unplanned challenges — namely, the pandemic about to hit.

Despite shutting down operations for 3 months in early 2020, they carried on.

That resilience has paid off, and Muddy Bites is expanding faster than ever.

We sat down with co-founders Jarod Steffes (CEO) and Tyler DeVos (COO) to learn more about the company’s delicious treats and fast-paced growth.

As told to ShipBob by Muddy Bites co-founders Tyler DeVos and Jarod Steffes. We’ve always taken a homegrown approach to everything we do. In the early days of product development, we had to figure out how to make a cone that small since no one else did. We cut them ourselves, filled them with chocolate, cooled them, and put them in bags — all by hand.

After testing a lot of methods, we converted a pizza shop into a production facility and called on many friends to help cut and fill cones. We grew quickly and needed to hire a lot more people. We knew we couldn’t do it by hand forever and eventually got a machine we built and designed.

We fit 45 people in that building, including a handful of people who were just fulfilling orders. Even though we were doing everything ourselves in terms of picking and packing orders, we completely lacked visibility into our fulfillment operations and knew we needed to control the process. Even though we kept fulfillment in-house, we got connected with ShipBob to learn about their new warehouse management system (WMS) option called Merchant Plus. It sounded exactly like what we needed and we decided to onboard with them.

The implementation process was super smooth. ShipBob’s team came on-site, so we could learn this new software in person and walk through live examples on how to do every little thing on their platform.

Having our entire warehouse staff live in action with ShipBob’s team was incredibly helpful, rather than watching a video on YouTube.

I’m still shocked that we get to use ShipBob’s software that they use for their global network across who knows how many locations within our own facility. It’s like a cheat code.

Before ShipBob, we didn’t have everything centrally located. Now, from inventory to orders, we can track it all. Lot codes are extremely important for us, being in the food business, and other tools we used previously didn’t give us those capabilities.

We used another shipping and warehouse management system previously, which became buggy and slowed operations for us. We also had to pull 5 reports and paste them together in Google Sheets to decipher information. Now it’s a click of a button in ShipBob.

We love seeing how long an order takes on average — we’re at 2.2 days now in the US.

Transit times were previously a big issue, as customers would become upset after seeing a delicious snack online, but having to wait a long time for it to arrive.

“Before ShipBob, we couldn’t deliver to Amazon’s expectations. Now, we have everything centralized in a system that processes all shipments for us to find the quickest, cheapest route to get a product to someone.” Doubling down on retail

You can already buy Muddy Bites on our website, Amazon, Walmart, and many other online channels, in addition to hundreds of retail locations like Foxtrot, Hyvee, Fairway, Bomgaars Giant, Fresh Market, and other independent retailers.

We are really focusing more on B2B going forward, so retail will be the bulk of our business.

“We knew this was a retail game eventually. DTC is nice but we need to be on shelves, breaking into retail. We will enter thousands more retail stores in the next couple months, and be in more than 15,000 retail doors by the end of 2022.”

What’s next for Muddy Bites?

In addition to rapidly expanding across retail locations, we’ll unveil new merch, add new promotions, and of course more memes. Over the next few months, we’ll launch several new flavors to our tasty product line, like cookies and cream, along with new pack sizes.

Having a good partner in ShipBob means if we want someday, we could even use ShipBob’s blended fulfillment approach, having them fulfill orders overseas for us — for example, in their European fulfillment centers — to take a leg off the journey in global expansion.

Overall, we’re excited for what the future holds and to reach more customers. 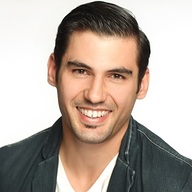 Jivko is the SVP of Strategic Projects at ShipBob who helped create Merchant Plus and onboard Muddy Bites. Brian is the Implementation Manager at ShipBob who helped train Muddy Bites on Merchant Plus. Emily is the Merchant Success Manager at ShipBob who helps support Muddy Bites.

Get in touch with ShipBob

Fill out the form below to learn how ShipBob’s ecommerce fulfillment services and technology can help your business, discover if we’re a mutual fit, and get a pricing quote.